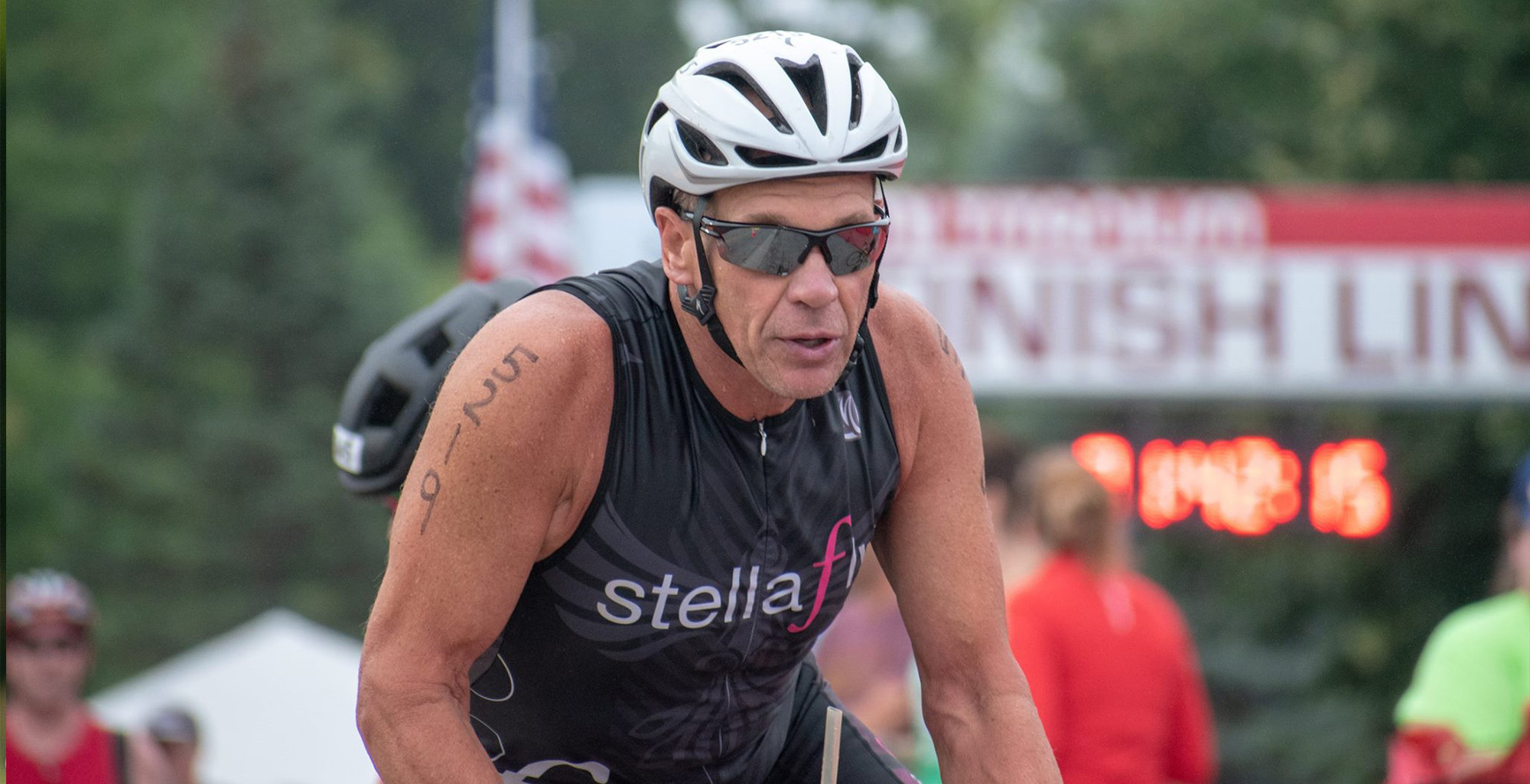 By Chelsea MontesJanuary 30, 2020No Comments

As we get older, it can become so easy to stick to what is comfortable. Words like routine and convenience can become a normal aspect of our vocabulary because as life moves as a rapid pace, it feels like we long for parts of it to just slow down. So, while some people get close to nearing retirement age and think about all the ways they can finally take a break and relax a little bit, there are other people who decide that getting older is actually the time to go up a gear and that speeding up sounds a lot better than slowing down.

Gates is a full-distance triathlete who didn’t get into the sport until he was 57 years old. Now, at age 65, he has competed in every single Michigan Titanium 140.6-mile race since 2013 as well as finishing multiple Ironman events. He is the current 2020 Ultra Distance National Champion in his age group and has qualified for international race such as in Sweden and the Netherlands. He trains almost every single day and lives his life to the motto of as life gets older, take that as an opportunity to get better, stronger and faster.

Here is his story: 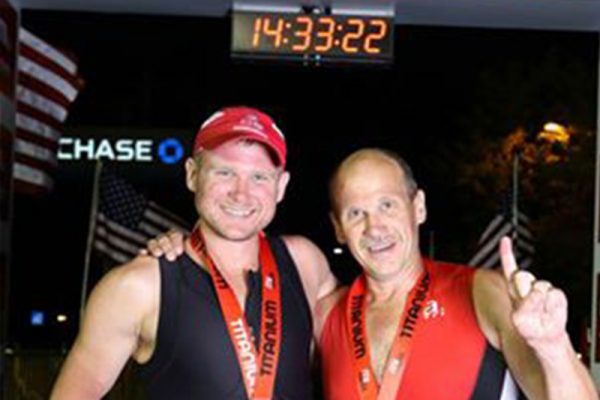 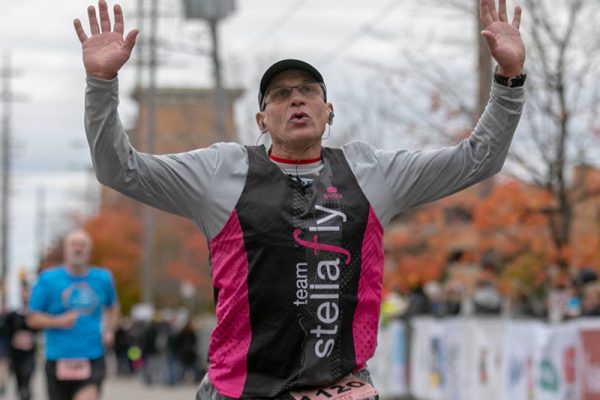 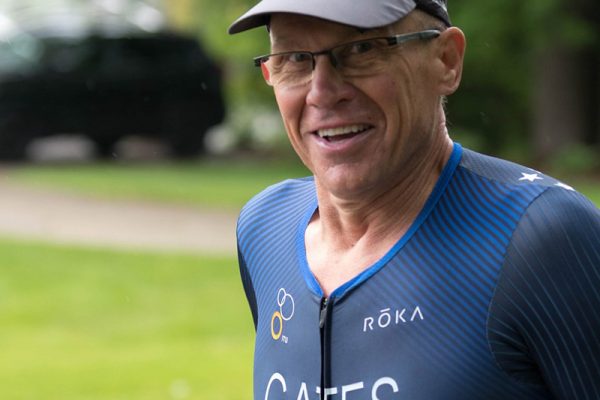 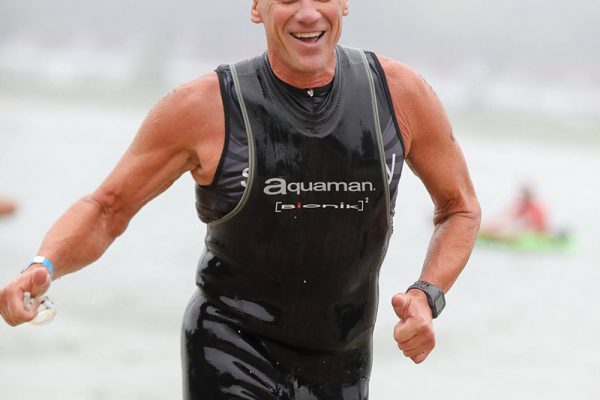 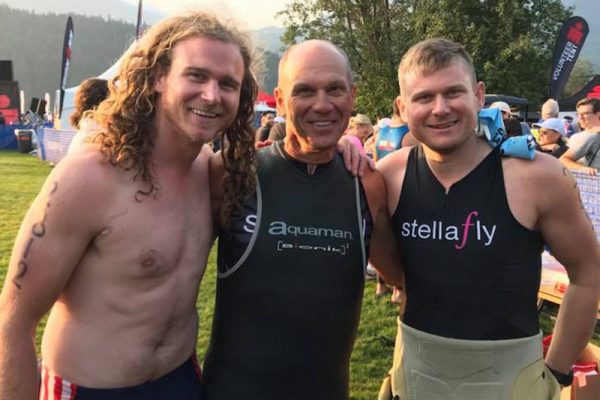 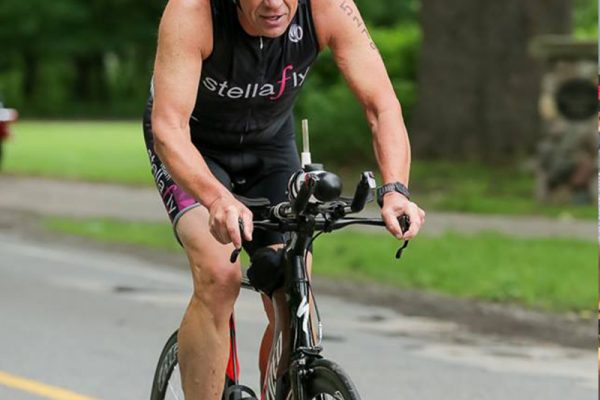 I am a TITAN, Meet Terry Gates

How did you first get involved in triathlon?
At age 57, after having gradually put on a few extra pounds over the years, my son, Chris, challenged me to get in better physical shape by doing a sprint triathlon with him. He gave me one months’ notice to complete Reed’s Lake in September, 2011. It was one of the hardest things I have ever done and I came in 31st place in my age division. It was a beginning.

What made you first decide to race the full 140.6-mile distance?
After that first race, my son asked me to do Reed’s Lake again the next year and I responded, “a sprint is a pretty short distance if you are going to train a whole year for it.” I challenged him to a Full Distance race with me in two years and I chose Michigan Titanium to train towards as our first one. He agreed.

Increasing our distance one race at a time, we did the Grand Rapids Tri Olympic Distance together on June 10, 2012 and then the Michigan Titanium Half-Iron Distance on August 26, 2012. The following year, we did the Grand Rapids Tri Half Distance and then realizing our goal participating in the Michigan Titanium Full-Iron Distance on August 25, 2013, placing second in my age division with a time of 14:31. Since then, I have done MI Titanium every year and have also completed three full Ironman races: Mont Tremblant, Quebec 2015 (13:04), Louisville, KY 2017 (12:33) and Lake Placid, NY 2019 (13:20).  Last year, I became the National Champion at Michigan Titanium and qualified for the World Championship in Amsterdam next September, 2020. This will be my third World Championship having placed 15th in Sweden in 2015 and 5th in Spain, May, 2019.

What is your training schedule like for the MiTi race every year?
I start my training each season, January 1, by using the Amway Riverbank training plan for the May 25K (15.5 mile) race. Two weeks later, Memorial Weekend in TC, I run the Bayshore Full Marathon (26.2 miles) when I hope to improve on my 5th place finish in my age division from last year. The Grand Rapids Tri 70.3 will be June 14, when I hope to extend my first place finishes in my age division to five years in a row. In July, I warm up for the MI Titanium Full-Iron Distance by doing Ironman Muncie 70.3 where I came in 4th place the last time I did it. If I do well at Muncie, I could qualify for my fifth National Championship to be held in St. George, UT 2021. Other National Championships that I have done in the past are the G.R. Tri, a game changer for me- June, 2014 (which qualified me for the ‘15 World’s in Sweden), Omaha, NB – August, 2016 (Olympic Distance), Cleveland, OH- August, 2018 (Olympic Distance), and Miami, FL – November, 2018 (Half Distance) which qualified me for the ‘19 World Championship in Pontevedra, Spain resulting in a fifth place finish for my age division in the world.

Eric Abbott, my coach, provides me with daily workouts. With his help, last year, I took first place (out of 34) at the inaugural Ironman TC 70.3 and have already registered for next year, August 30.  I have not missed the Reed’s Lake Sprint over the past eight years, with next year being my first year in the 65-69 age category. September 12 will be the ITU World Championship in Amsterdam, that I qualified for last year by becoming the National Champion (first place in my age division) at Michigan Titanium. November 28 will be my season finale with the Ironman 70.3 World Championship in New Zealand qualifying with a first at Ironman TC 70.3.

What did you like specifically about the MiTi race experience?
I love Michigan Titanium because of course familiarity being in my backyard. Every year I do it, I see a lot of familiar people who staff it, volunteer, and compete being out on the course all day. It really makes a difference during a full day event to keep seeing people you know, especially on the run in the heat of the day and towards the end of the race. It has a real family feeling to it.

The swim in Versluis Park is almost always ideal. There is no current, the water is crystal clear and has reasonable temperatures. The bike is mostly rolling hills with very pleasant scenery. There isn’t much traffic and you can really get up to very fast speeds in some sections. The volunteers along the course are super friendly. The run is fun with doing out and backs and seeing so many people I know. The course is relatively flat yet challenging at times.

What advice would you give to someone looking to do the full distance for the first time?
My advice to a first timer doing the full distance is to take it easy and enjoy the experience as much as you can. I had heard that 90% of the people who start a full race will finish it, so have fun and allow yourself a slow time so you can improve on it next year. It becomes an addiction. Trust your training and be smart with fueling and hydration. Allow times of intensity but also allow time for recovery. It will be hard at times, but if it were easy, you wouldn’t be doing it. There will be moments to dig deep. Just being at the starting line is amazing. Finishing a full distance is incredible and will create a memory that will last a lifetime. It is quite an achievement to be proud of.

What makes you a TITAN?
I am a TITAN because I have accomplished much during the past eight years of doing triathlons.  I am usually the oldest, fastest triathlete at the longest distances. My training consists of a daily regime to get in a good swim, bike, or run workout as a high priority each and every day. I rarely miss my scheduled workouts. I have gone on to become successful as a triathlete in large part to my participation in the Grand Rapids Triathlon and the Michigan Titanium, which has provided me with opportunities to compete on the world stage in Sweden and Amsterdam.

I hope to inspire others that as you get older, you can get stronger, healthier, and faster. On October 30, 2019, I turned 65. It is never too late to “tri harder”. Where there’s a will, there is a way. “Anything is Possible.” Ironman slogan