By Michigan TitaniumAugust 9, 2018No Comments

Often you’ll find that the sport of triathlon runs in the family. That’s one reason you’ll find seventh grader Thomas Miemczewski participating in our Kids’ Triathlon this year. This year’s kids triathlon, presented by Members First Credit Union, will involve kids age 6 to 15 swimming, biking, and running all through Versluis park on Saturday morning.

Thomas will be just one of the dozens of children that join us of this fun-filled triathlon. His mom, Cheryl, and he will be making the trip to Grand Rapids from Virginia Beach for this year’s event. Thomas gets to enjoy his own race before watching his mom become a Full Distance Triathlete for the very first time at the Michigan Titanium. As a member of Conte’s Tri Team in Virginia Beach, this isn’t Thomas’ first time participating in a triathlon. He has already completed a sprint distance tri (not bad for being just twelve years old). He’s also participated in 5ks, run an 8k, and a duathlon. Thomas isn’t just an athlete though, he’s also a trumpet player and active in his local Boy Scout Troop.

When asked why they chose the Michigan Titanium to participate in, Thomas’s mom said, “He’s sacrificed a lot of Saturday mornings either going to his dad’s house or joining me for a long training run or an open water swim. I’m only doing this distance once. I picked a race that would let him be part of it and allow him to cross the finish line me.” That family-friendly finish line is a feature a lot of athletes like about the Michigan Titanium.

Training is also a family affair. Thomas often joins his mom during her swim training or can be found riding his bike alongside her while she does a long run. The only part he hasn’t been able to do is long bike rides with her. We imagine all that training together will help him fly through the kids’ tri course. He says that the swim is his favorite discipline so he should enjoy that beautiful clear swim across the beach of Versluis Park.

Thomas will be hanging out on the course on Sunday with his aunt and his mom’s best friend. He’ll hopefully be wearing his own Kids Tri finisher medal while watching his mom work her way through 140.6 miles of swimming, biking, and running to get her own finisher medal. We’re sure he’ll be just as proud of his mom as she is of him. 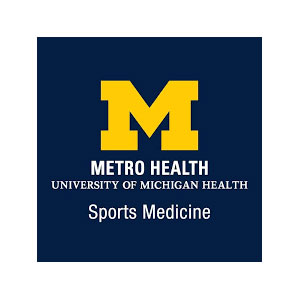 Can Exercising Be Bad? Blog by Ed Kornoelje, DO